The buildup to the seventh annual Fatboys TDF was an anxious one, not because of a lack of preparation, but as a consequence of the fickle summer weather. A week out we were faced with the prospect heatwave conditions and closer to the nominated day we were told to expect destructive winds, heavy rainfall and flooding. The BOM got it right on their second guess. A necessary delay of two days saw Kev Ward ruled out. A shame as he was in the form of his life. Next year Kev.

We set off last Thursday in perfect conditions but, not surprisingly, once the clouds burnt off it was a bit warmer and more humid than expected. The winds, however, were predominantly in our favour. Nice to have some company early on in the ride with a few of the PowerOn crew and miscellaneous Fatboys joining us for the run to Willunga. 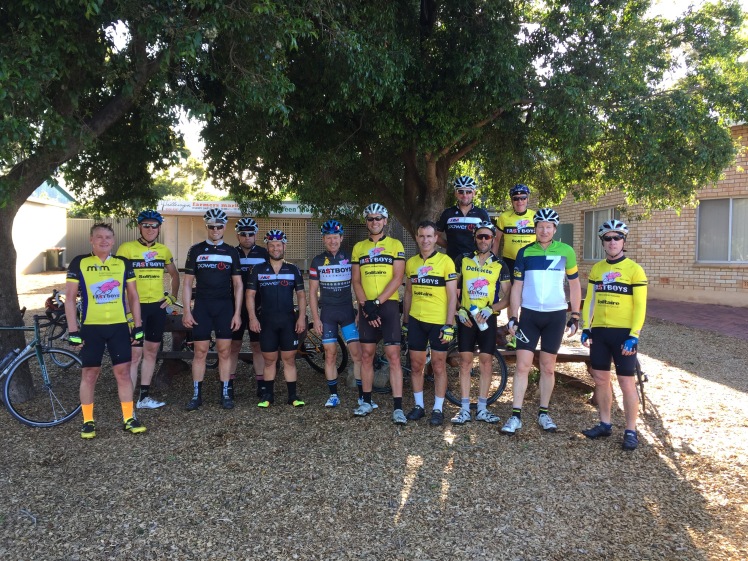 After a short break at Willunga PowerOn headed home and the rest of us (7) set off to tackle the remaining 250km. A morning tea break at Normanville saw us rendezvous with more PowerOn (those of the cashed up, beach house owning variety?). With Cunningham (of procylingskills descending training fame) driving the pace, the section of the ride between Normanville and Victor Harbor (via Delamere) was done at a searing pace. Too much for Opie and Peacock (who had joined us at Normanville) but were quickly dispatched out the rear. Truth be known Opie did the right thing by staying with (part time?) Fatboy Peacock. A nice bakery lunch in Victor (organised by Stevens) under the shade of the Norfolk Is Pines. As always, there was some reluctance to get going again, knowing that the flatlands of the Lower Lakes and headwinds were ahead.  Miraculously, on the dreaded 20 or so kilometres between Currency Creek and Clayton Bay we had a tailwind. Paid for that later of course. Another rare sight – flowing water in the Finnis River and Tooperang Ck, an aftermath of the dead cyclone. The first time I’ve enjoyed wet feet whilst cycling. 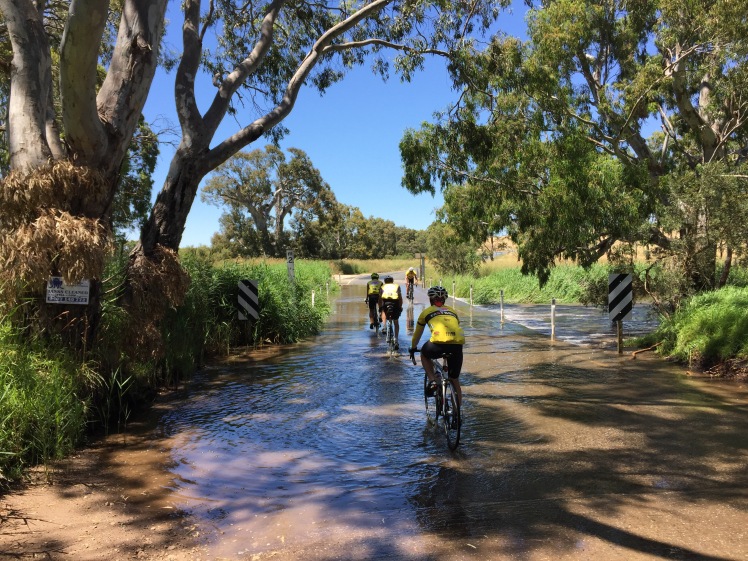 Having reached Langhorne Ck with Cunningham and Rysdale using their considerable strength to drag most of us along, we soon realised we were 3 men down. Apparently, Stevens of the Antarctic hit the wall (several walls) in the heat and needed a rest. Soon after restarting Bobrige (Michael) got a flat and rivalled Mike Gold’s legendary slow tube change (circa 2006). Half an hour later Wiggo (Rysdale) and I set off in reverse out of concern for our missing comrades but, in reality, it was as a guise to ensure we ticked over 300 at the Greenman.

The last section of the ride, back into the hills, is inevitably a slog. It sorts out the strong from the rest. That said, we all came good in the end as the sun set and temperature dropped. Having consume an emergency gel from Wiggo, I had a burst of energy sufficiently strong enough to drag the group solo from Meadows to the Greenman (downhill). Top effort from all and a great day out. Thanks, as always, to our long suffering wives and partners for joining us for dinner and acting as chauffeurs. 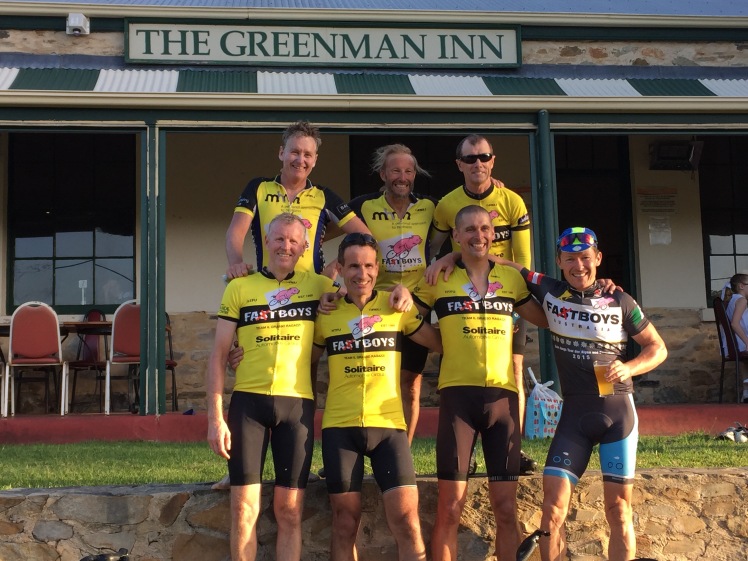